On this, your thirteenth birthday, I would like to look back on our relationship.

We were first introduced in 1999 or 2000 while I watched Martha Stewart Living in my mother's family room.  Martha's techie guy did a search for dolphins -- REAL dolphins, not the ones from Miami -- and said, You will never use another search engine.

Do you know what?  He was right.  I was hooked right from the start.  No other search engine even comes close for me.  More than a decade later, you can often hear someone in my house saying, "You can Goooooogle it," just like Edward Cullen.  Google, I love that you have become a verb.

For many years, Google, I was satisfied with our relationship of search engine and searcher and in 2006 I happily became a Blogger.  But in 2009, a decade after we'd first met, I was introduced to Google Apps when I started my current Real Job and our relationship soured.  I've never known as much frustration as I did those first months struggling with Google Docs and Spreadsheets, crying into my pillow for Word and Excel.  It will get better, I was told.  New relationships are hard.

Google, I've wanted to break up with you so many times over the last three years.  Google Docs was just the beginning.  Oh, the issues with Blogger, the disappearing posts, the down times.  Don't even get me started on the fact that my Blogger account is now tied to a gmail address I had set up for a temporary volunteer gig and I can't change it.  The amount of trouble I've had with you at the Real Job has brought me to tears on more than one occasion.  I count on you, Google, and sometimes you're just not there for me.  Like when Blane told Andie he couldn't go to the prom with her after all.  Don't I mean something to you?  After all we've been through?

But Google, I can't quit you.  You've taken me places I never would have gone without the massive power of your search engine.  You've provided answers to my most burning questions.  You've allowed me to express my thoughts in an easy-to-use format, to connect with people all over the world. You have an amazing sense of humor, a sense of compassion, you are clever and self-deprecating.  You like the Beatles and the Muppets.  You're everything I've ever wanted in a search engine.  You will always be there, waiting for me in that vast internet parking lot, to the emphatic strains of OMD's If You Leave. 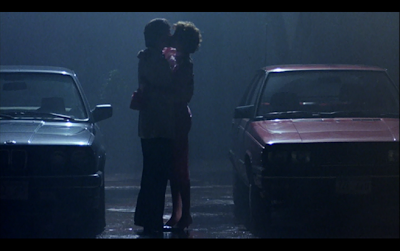