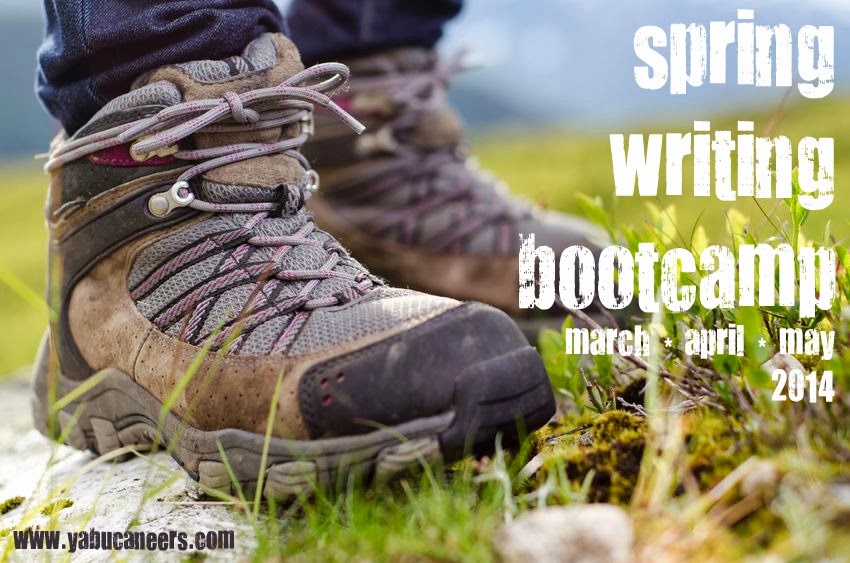 Each month, the YA Buccaneers issue a WALK THE PLANK flash fiction challenge. This month, in conjunction with the Spring Writing Bootcamp, there's no prompt or theme, but rather an invitation to share 250 words of your Bootcamp WIP.

Have I mentioned how completely enamored I am of this WIP? That it's been so fun to write and the words pour forth without effort or unease? Okay, that last part is a complete lie, but it has been a lot of fun to write.

I was fourteen the first time I looked at Wesley Millard and saw someone other than my brother’s friend, one of the guys on the ice. It was stupid, really, what happened. We were in St. Paul for a tournament, staying at a hotel near the arena. I’d gone down to the vending machine on our floor in yoga pants and a North Stars T-shirt and he was there, too, his arms filled with bottles of Coke.

My cheeks burned – I wasn’t wearing a bra under it and I hunched my shoulders forward.

He shrugged. “You probably don’t.”

I turned back to the vending machine and evaluated my choices. The bag of jalapeno potato chips I wanted sat behind a lone bag of cheese poofs. They called to me, taunted me.

“Damn,” I muttered as I counted the coins in my hand. I didn’t have enough for both.

“I would,” Wes said. He set his armful of Cokes down and dug in his pocket. He pulled out two dollar bills and bought the cheese poofs and the chips. “If it would make you happy.”

Wes and Holland go through a lot together in this book. They make a lot of mistakes along the way, and they're not always nice to each other, but I'm really hoping for a happy ending for these two.

Have you walked the plank yet for March? You've still got a few days to share 250 words of your WIP!