My Writing Process: Bumpy Ride PLUS a Bootcamp Update 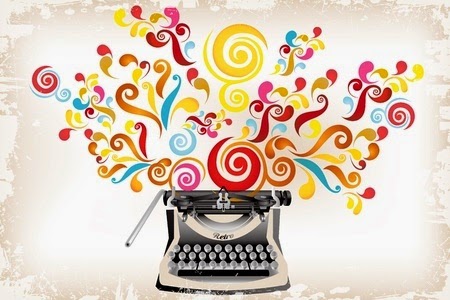 One of my most awesome, funniest, kindest friends - virtual or otherwise - tagged me in the My Writing Process blog tour, Rebekah "The Fabulous" Faubion. Rebekah writes YA fantasy set in rich,  fascinating worlds with rich, fascinating characters. I was lucky enough to be able to read Rebekah's REDHUNT and can't wait to get my hands on her latest stuff.

This post was tons of fun. Thanks to Rebekah for tagging me!

What am I working on?
I’ve just “completed” an initial draft of an upper young adult contemporary novel, working title KEYS. It’s written from the first-person perspective of a former hockey playing metalhead named Holland.

Holland Delviss is looking forward to spending Spring Break of her senior year of high school in Florida with her best friend Morgan – a break from a life that was turned upside down after a car accident severely injured her brother. But her vacation is nothing like she planned – beginning when her brother's best friend, heartbreaker Wes Millard, meets her at the airport. During a week when Holland thought she’d be able to escape everything that’s gone wrong in the last year, she finds that she can no longer hide the truth – about her brother, her uncertain future, and her history with Wes. Holland must find a way to move forward – but at what cost?


How does my work differ from others in its genre?
I think it differs in a couple of ways. Holland is a unique character. She’s got a brash exterior but is quite vulnerable. She won’t put up with bullshit, but in some ways she’s resigned herself to certain circumstances. And she likes smashing opponents into the boards and heavy metal. \m/

The story is told in three distinct, interwoven ways – Holland’s narration in present day in Florida; her recollections of significant events over the last two years; and in entries from an online journal during the time of her brother’s accident and recovery. Of course, this could all change tomorrow.

Why do I write what I do?
I write contemporary young adult fiction, sometimes with a dash of magical realism.

My favorite books and stories leave an imprint on my heart. They’re full of real life and emotion. The extraordinary ordinary. I’ve always been drawn to stories like this and that’s what I like to write (although I read all genres of YA fiction). And I’m drawn to young adult characters for a number of reasons – it’s an age that’s full of promise and angst and confidence and doubt. Nothing matters and everything matters. Relationships of all kinds are volatile and delicate and significant. Writing about teens comes very naturally to me. I want to tell stories that have impact, will leave an imprint – no matter how small – on someone’s heart. I want to tell stories that matter, that resonate with the reader in some way.

How does my writing process work?
I’ve recently coined a new term for my kind of writer: procrasti-pantser.

First, I’m definitely not a plotter. I used to write literary short stories. When I sat down to write I knew – usually – the beginning, the middle, and the end of my story. The main character would, in some way, change during that time. The changes might be small and seemingly unimportant, but change would occur within this brief glimpse of the character’s life. So it was helpful to have a rough idea, at the very least, of what would happen in those 20-25 pages.

Writing a novel was liberating. I wrote with a vague, big picture idea in mind. The characters and plotlines developed more organically. The first truly complete novel I wrote was a NaNo project, CLOUD 9, and I dutifully wrote my chapters in chronological order. I moved from Step A to Step B to Step C until I reached the end. My second manuscript was similar, although there were smatterings of "more here" and "write scene at the library."

And then something more wonderful than big-picture happiness occurred. With my third book, I discovered even more freedom. When inspiration struck, instead of jotting down notes about a scene or a chapter that should happen later in the book and continuing to work toward that point, I just wrote it. Out of order. With new elements, with references to events that hadn’t yet occurred. I wrote that book all over the freaking place. It was an utter mess, a disaster, riddled with plot holes and underdeveloped components.

When the initial draft was “complete,” I performed reconstructive surgery. I broke the chapters into pieces and put them into correct order. I chopped it up into separate documents: May, June, July, and August. I repaired the plot holes, filled in the cracks. Made it whole.

It was a lot of really hard work and there were days when I thought I wouldn’t finish. The story hit too close to home and there was too much missing or out of order and I swore I would never write another book that way.

But it’s the most beautiful thing I’ve ever written (so far). I love the story and the characters and I wouldn’t change one thing about the way I wrote it.That was the manuscript that landed me an agent (well, two agents, actually).

I have since written two more manuscripts in the same fashion. I start out with the best of intentions. I swear that I’ll write chronologically, even if the plot or the characters change from my original idea along the way. I’ll write from beginning to end.

But I’ve found that I’m not that kind of writer. I’ll write what I’m inspired to write when I'm inspired to write it and figure out where and how it fits into the big picture later. If there’s a scene or section that I don’t want to write because it’s too big and too scary and I’m just not feeling it, I won’t. I’ll put it off until later.

I carry notebooks with me everywhere - one dedicated to the manuscript I'm working on and a smaller one, a catchall, in my purse. Sometimes I'll fill one up during the initial drafting and start a second for revisions, like I'm doing for KEYS, which I will soon divide into seven different documents, one for each day of the week Holland spends in Florida (and the other pieces that go along with it).

It's ugly but it works for me.

I believe in the stories I tell. And I have to believe that eventually I’ll be able to put the pieces together in the right order, the way the story should be told. I’m not a linear, step-by-step kind of person. I’m super pantsy and I procrastinate and I have a lot of blind faith. And that’s okay.

Next up: I've tagged one of my brilliant critique partners, Kari Marie White, and Jennie King, who both write YA Contemporary.

Kari lives less than ten miles from me and we meet quite often for write-ins at our local Caribou Coffee. She describes her writing as character-driven, heart-rending, and sweet. Jennie, another Midwestern writer, lives in Missouri with her family. She writes flirty, fun fiction with lots of kissing!

Watch for their posts on their writing process - here's a sneak preview: Kari likes charts and tables and sometimes she makes them for my work, which is super helpful. ;)