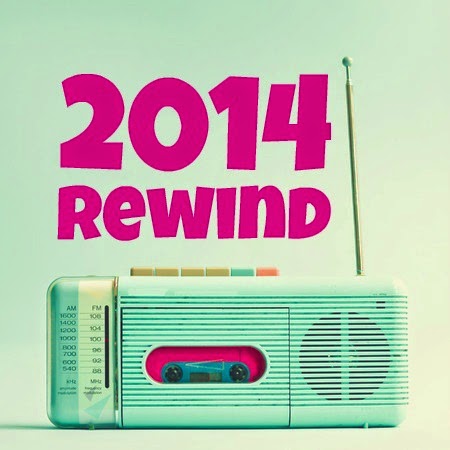 It's time for my annual look back - and I gotta say, 2014 has been quite a year. Writerly highlights include signing with my agent, Steven Chudney, and going out on submission; planning a week-long writing retreat on the North Shore of Lake Superior in October; and knocking out two-point-five major revisions on three manuscripts (one of which is slated to be completed at the end of this month). I was lucky enough to continue working with the YA Buccaneers, I got to meet and work with some amazing writers from around the world, and my freelance editing business picked up when I began to work with business clients and two small presses.

And I read. A lot. My current goodreads count is 84 on a goal of 75, thanks in part to the YA Buccaneers Summer Reading Challenge and a resurgence of a thyroid problem late in the year, which caused extended periods of great fatigue, perfect for lounging around and reading.

It was tough to pick my Top 10 this year for sure. But without further ado:

10. THESE BROKEN STARS by Amie Kaufman and Meagan Spooner
9. THE GEOGRAPHY OF YOU AND ME by Jennifer E. Smith
8. THE DISTANCE BETWEEN US by Kasie West
7. THE PROMISE OF AMAZING by Robin Constantine
6. WE WERE LIARS by E. Lockhart
5. WHY WE BROKE UP by Daniel Handler
4. ISLA AND THE HAPPILY EVER AFTER by Stephanie Perkins
3. SIDE EFFECTS MAY VARY by Julie Murphy
2. GOODBYE, REBEL BLUE by Shelley Coriell
1. LET'S GET LOST by Adi Alsaid

You know me, I like a book that breaks my heart and then patches it back up again. Many of these did. All of these books left a little something behind when I got to the last page.

Here's what I wrote on the YA Buccaneers' Favorite Reads of 2014 post about LET'S GET LOST by Adi Alsaid:

Based on its description, I knew I'd love this book, but I was unprepared for just how much I loved it. LET'S GET LOST is the story of one girl's journey, the impact she has on the people she meets along the way, and finally, the effect of this journey on Leila herself. It's filled with beautiful prose, heartbreak and hope, and characters that will stay with me for a very long time. 'Weeks, he thought to himself. I'll be thinking about that face for weeks.'


Weeks, I thought to myself. I'll be thinking about that book for weeks.


To go along with my top reads of the year, here's my 2014 Rewind Playlist:


I am not an Ed Sheeran fan, but WHOA, do I love that song "Thinking Out Loud." Easily my favorite song of 2014.

Stay tuned for another Favorite Reads post with a giveaway - later this week!

What is your favorite read of 2014? Favorite song?
Email Post
Labels: BookCrazy YA Buccaneers