June Reads :: Back in Business 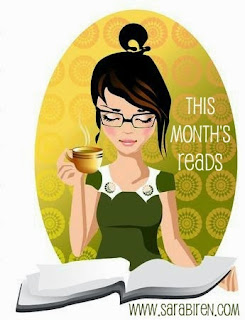 Whoo hoo! June was a much better month for me in the reading department. I read ten books, a few of them for the YA Buccaneers Summer Reading Challenge:

We are talking about a lot of great books here - and it's hard to pick a favorite. I could not put down THE WINNER'S CURSE and THE WINNER'S CRIME, and I felt empty and broken when I was finished... for days. And I can't believe that I have to wait until March 2016 to find out how what happens.

But tops for the month - and one of my favorite reads of the year or EVER so far - was ME & EARL & THE DYING GIRL. 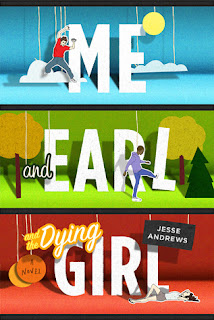 Greg Gaines is the last master of high school espionage, able to disappear at will into any social environment. He has only one friend, Earl, and together they spend their time making movies, their own incomprehensible versions of Coppola and Herzog cult classics.

Until Greg’s mother forces him to rekindle his childhood friendship with Rachel.

Rachel has been diagnosed with leukemia—-cue extreme adolescent awkwardness—-but a parental mandate has been issued and must be obeyed. When Rachel stops treatment, Greg and Earl decide the thing to do is to make a film for her, which turns into the Worst Film Ever Made and becomes a turning point in each of their lives.

And all at once Greg must abandon invisibility and stand in the spotlight.

Uhhh, this book. I laughed and ached and rejoiced in the voice and irreverence. The film references, Earl (especially Earl), the commentary about writing the book - so fantastic. I love it so much, I bought a copy of it for my husband for Father's Day. He's not much of a reader but I know he'll love it, too. And I'm really excited for the movie, which is finally at a theater near me.

Here's something cool - the YA Buccaneers are giving away a copy of ME & EARL & THE DYING GIRL for anyone who's participating in the Summer Reading Challenges and posts an update this upcoming Friday, Saturday, or Sunday. Details here. P.S. It's not too late to join!

What was your favorite read in June?
Email Post
Labels: BookCrazy This Month's Reads