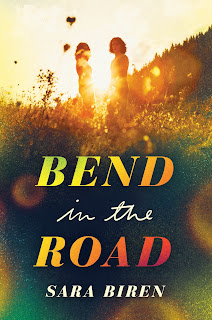 BEND IN THE ROAD
Amulet Books
September 28, 2021
Available in hardcover:
Bookshop (support your favorite Indie!)
Amazon
Barnes & Noble
IndieBound
Books-A-Million
Kindle
nook
Add BEND IN THE ROAD on Goodreads
About the Book:
Seventeen-year-old Gabe’s life is a mess. His debut album—produced by his rock star dad—made him an overnight sensation, but his second album tanked, he just got dumped by his on-again, off-again girlfriend, and he’s desperate to come up with the money he needs to fix a major screwup. The only place he can be free from the paparazzi and rumors is the family farm—the farm that seventeen-year-old Juniper’s family has managed since before she was born. When Juniper learns that Gabe’s about to inherit the farm, she worries that he’ll sell it. She comes up with a plan to get close to him and stop that from happening. At first, Juniper and Gabe couldn’t be more at odds, but the more time they spend with each other, the more they grow to like each other. Can they set aside their differences to do what’s best for the farm—and each other? Or will all the drama and secrets tear them apart? 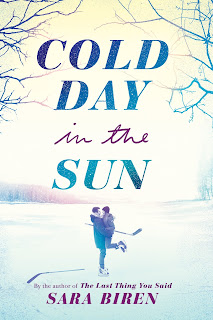 
Add COLD DAY IN THE SUN on Goodreads

Holland Delviss wants to be known for her talent as a hockey player, not a hockey player who happens to be a girl. But when her school team is selected to be featured and televised as part of HockeyFest, her status as the only girl on the boys' team makes her the lead story. Not everyone is thrilled with Holland's new fame, but there's one person who fiercely supports her, and it's the last person she expects (and definitely the last person she should be falling for): her bossy team captain, Wes. 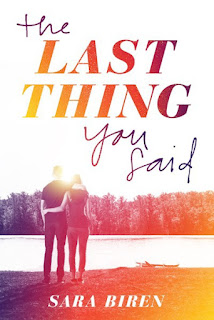 
Add THE LAST THING YOU SAID on Goodreads

Last summer, Lucy’s and Ben’s lives changed in an instant. One moment, they were shyly flirting on a lake raft, finally about to admit their feelings to each other after years of yearning. In the next, Trixie—Lucy’s best friend and Ben’s sister—was gone, her heart giving out during a routine swim. And just like that, the idyllic world they knew turned upside down, and the would-be couple drifted apart, swallowed up by their grief. Now it’s a year later in their small lake town, and as the anniversary of Trixie’s death looms, Lucy and Ben’s undeniable connection pulls them back together. They can’t change what happened the day they lost Trixie, but the summer might finally bring them closer to healing—and to each other.

"Fans of Sarah Dessen and Huntley Fitzpatrick’s books will find much to love in this emotional romance."
— School Library Journal

"Biren’s tender story aches as the teens and their families try to put the pieces of their lives together again and find a way to heal... The compelling story will leave readers feeling the characters’ pain and cheering for them at the same time—and looking forward to more from this author."
— Booklist